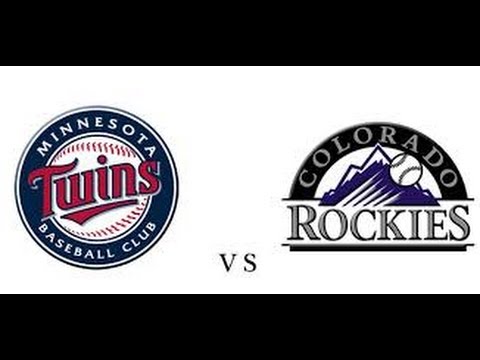 The Rockies and Twins face off for a three game set in Minnesota for what is the first series of Colorado’s road trip. Rookie Kyle Freeland and veteran Phil Hughes square off in the first matchup. Freeland has been terrific this year, showing his worth as a top draft pick and prospect. He is one of three rookies who are manning the Rockies staff this year and has been a large reason why Colorado has been so successful. Minnesota is first in their division, though this largely them over performing as no one really picked them to compete this year.

German Marquez gave the Rockies what was the best home start of the year his last time out and they will need him to replicate that against Ervin Santana. Santana has been great so far this year, having only one bad start out of eight so far. He has been walking batters this year, so if the Rockies can be patient and wait for the right pitch to hit, they could have success. This is a game the Rockies can win, but they will need Marquez to step up and Santana will have to be a little more like his old self and not the pitcher he is pitching like this year.

Berrios was bad last year and it led a lot of people to believe that he would not pan out. However, some of that hope has been regained with his first start of 2017 in which he went 7.2 innings while allowing only one run. Tyler Chatwood will likely welcome Target Field, as any place away from home is welcome for him. Chatwood would likely be the first one out if the Rockies need to get rid of a starter, but that is something that likely won’t happen for at least another few weeks. With Jordan Lyles and Scott Oberg both underperforming, Chatwood could slot in as a long relief guy, still giving him a role with the Rockies.