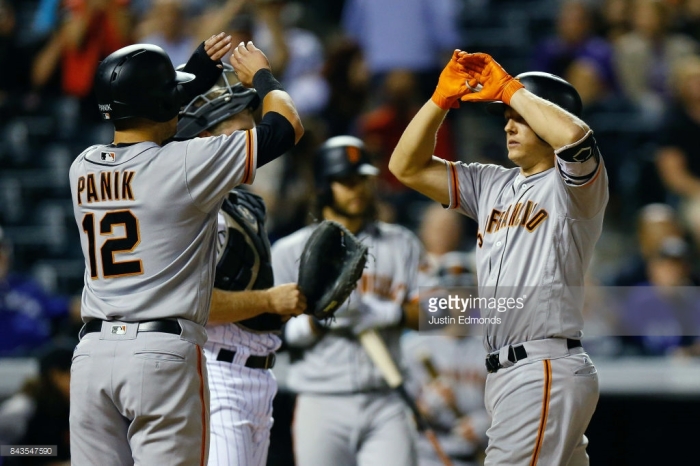 The Rockies played a game that was both sloppy and unproductive to finish their series with the Giants with two wins. A series win is 100% better than what could have happened, but the Giants are still a garbage team this year and the Rockies could have easily swept them.

Scoring only three runs and allowing 17 hits is not a great way to go into a series with the Dodgers, but the Dodgers have been playing some of the worst baseball of any team during their recent skid, so the Rockies could very well go into this series and win a couple games.

Wednesday’s game saw pitching struggles abound as Kyle Freeland went only 3.1 innings while allowing five runs (three earned) on seven hits and two walks. He did get hurt by an error in the game, but he still allowed too many baserunners and finished with an early exit. The bullpen help would arrive, but it did not actually help that much. Carlos Estevez would successfully navigate through 1.2 innings, but after that the bullpen was not much help.

Jeff Hoffman made his first appearance since being called up and struggled over two innings, allowing three runs on four hits. Hoffman did not get any help from the home plate umpire who called quite a few pitches balls that were in the strike zone, and that likely rattled Hoffman who is still young and susceptible to things like that.

After Hoff, Shane Carle came in to finish the game and allowed three runs as well, giving up five hits over two innings. The benefit of those three pitchers throwing in this game is that it gives the good bullpen arms a break and a chance to get used in the Dodgers series, something that will need to happen if the Rockies are to win.

With the loss, Colorado now has a two game lead over the Cardinals and 2.5 game lead over the Brewers. Both of those teams have a chance to rally and steal the wild card spot, especially going into this Rockies eight game road trip, so the team has start playing their best baseball to hold onto the lead.