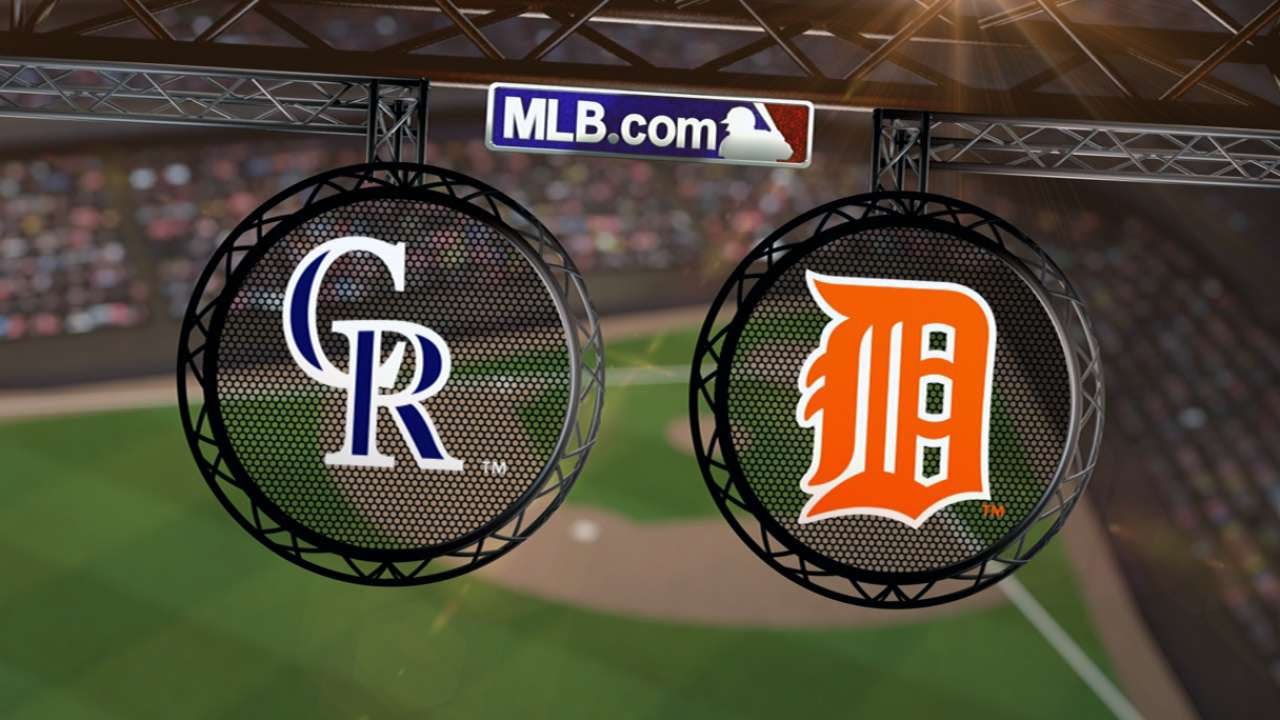 In his last three starts, Jordan Zimmerman has just been plain bad. He has given up seven runs in each of those starts, allowing four home runs and striking out only six in 13.2 innings. This is a prime game for the Rockies offense to get back on track and take an easy one from the Tigers. Along with Zimmerman pitching poorly, the Tigers have played poorly, making this a must win series for the Rockies that really should end in a sweep. Colorado sends Senzatela to the mound in the opener to what will hopefully be a quality start for the young righty.

In his young career, Michael Fulmer has shown to be a good pitcher and a bright spot for the future of this Tigers rotation. Fulmer has struggled recently though, and this is yet another good opportunity for the Rockies offense. Being at home and coming off a good series with the Braves is a chance for the Rockies to finally string together some wins. They have yet another series where the Rookies will make the majority of starts and if there are any players to get the Rockies back on track, it will be the ones that gave them some wins early in the year, the rookies. This is a tough spot for a lot of the young pitchers, especially as the year comes to an end, as they face arm fatigue and are in new high stress situations.

Contrary to the other two Tigers’ pitchers in this series, Verlander has been very good recently. This will be a tough game for the Rockies, but Chad Bettis gets to rebound from his last time out for what will hopefully be his first win of the year. Bettis, along with Jon Gray, are going to prove to be very important pitchers as their arms are not as taxed and they are the “veterans” of this rookie staff. Along with them, the offense needs to step up and get some consistency so that the pitchers do not need to be perfect every time out.