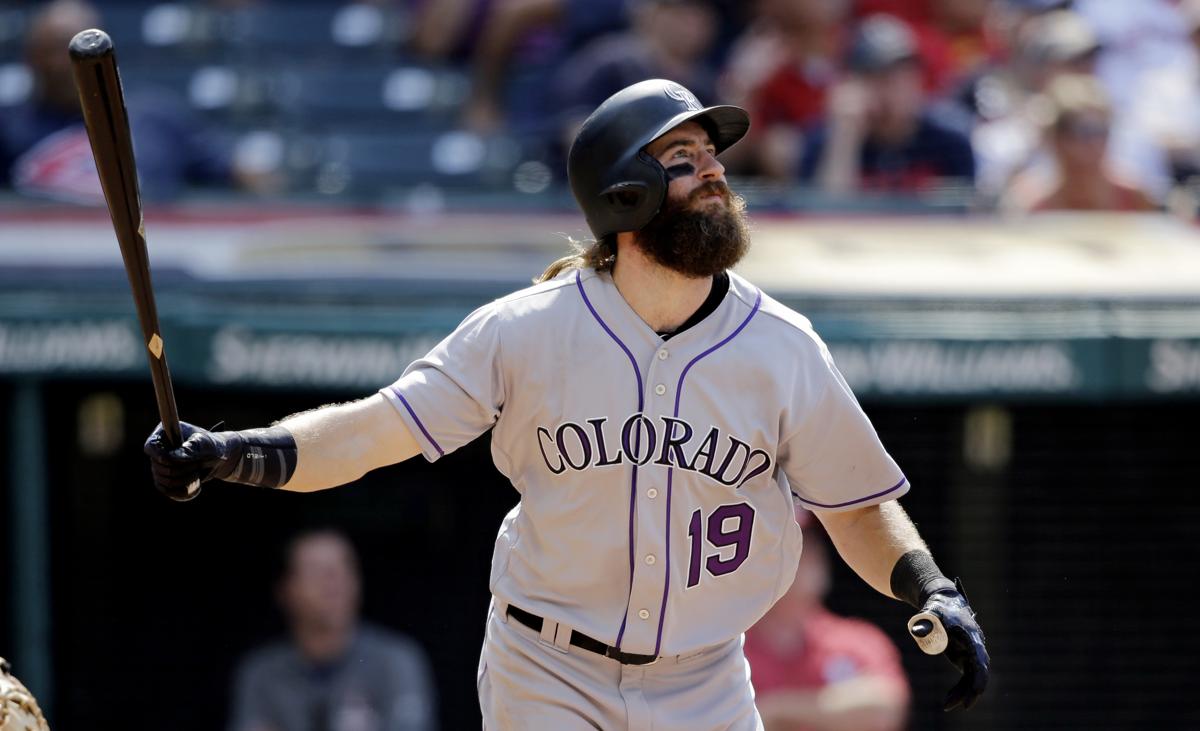 Just as in Tuesday’s game, the team leading going into the ninth inning, ended up losing. This time it went the Rockies game as they got some big hits from Jonathan Lucroy and Chuck Nazty to take a 3-2 victory over the Indians. These are two great teams that showed a lot of fight, pitched a couple of terrific games, and never gave up.

For both teams, this was not a series filled with offense. Colorado scored five runs and Cleveland scored six in the two game set, but both teams had terrific pitching from top to bottom.

The Rockies got a solid start from Senzatela who may not have had length, but showed a lot of grit in his start, pitching out of some tough jams. In the fourth inning, Senzatela got out of a runners at the corners and no outs position without allowing a run. The only runs he did allow came on a two-run homer from Lindor, giving the Indians a 2-1 lead at the time.

Cleveland got a great start from Trevor Bauer who allowed only one run over seven innings while striking out nine. He practically emulated Kluber’s start from Tuesday, he just didn’t get the length Kluber did. The only run he allowed came in the third inning on a solo homer by Alexi Amarista.

Things really cooled off after the homers until the ninth inning when the Rockies got some revenge on Cleveland. With one out, Cargo lined a ball up the middle to set up an unorthodox scoring play. Jonathan Lucroy double to right field  on a ball that probably wouldn’t have scored Cargo, except for the fact that center fielder Bradley Zimmer tried to slide to stop the ball and actually ended up deflecting it further away from himself. The play allowed Cargo to score and tied the game up at 2-2, setting the game up for extra innings.

Colorado’s bullpen had to take on seven innings of work with Senzatela leaving in the fifth and the game going to the twelfth, but they were fantastic over those seven innings. The combination of Rusin, Ottavino, McGee, Estevez, and Chatwood finished the game out, allowing only two hits over the course of the final seven.

The terrific bullpen performance set the Rockies up for the heroics from Blackmon. Blackmon would homer to right-center field to give the Rockies the 3-2 lead and then Tyler Chatwood would come in for the save, the first of his career. Chatwood had to get a play from Trevor Story to end the game, but he got just that and Colorado finished with the win.

The Rockies will now head out to Miami to face a struggling Marlins team in what could be a good chance to gain some ground in the wild card. Jon Gray will open the series.