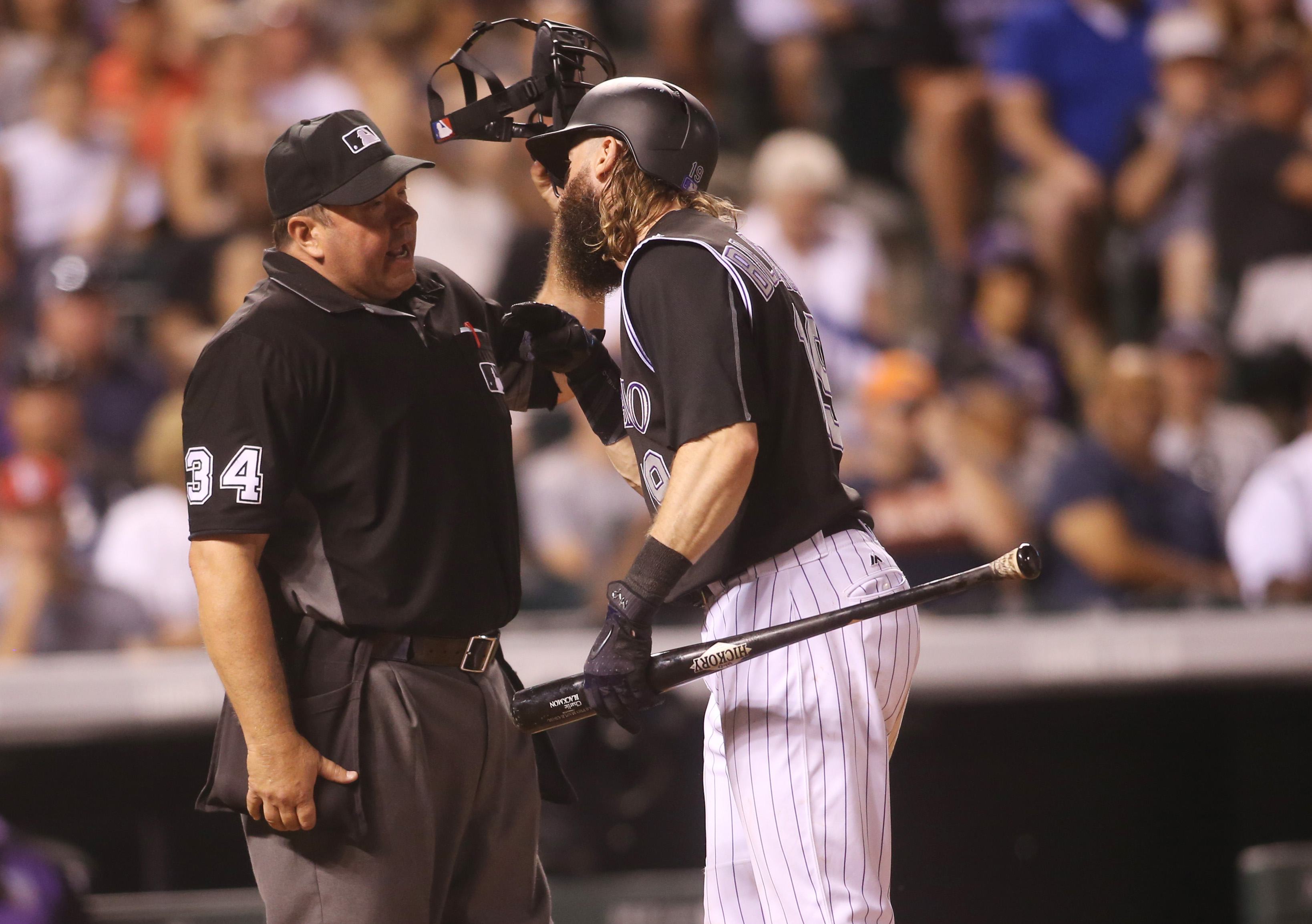 After Jeff Hoffman gave up three quick runs in the first, all with two outs, the Rockies and Hoffman managed to keep the game tight and fight their way back into it. They retaliated immediately for two runs in the bottom of the first, but then went quiet against Jose Quintana until the sixth.

After Jeff Hoffman got two easy outs, he allowed two triples, a single, and a walk to give the White Sox and early 3-0 lead. After that, Hoffman really settled down and actually ended up going seven innings while allowing only one more run in the game. If nothing else, Hoffman showed grit and determination by being able to settle down and get into a groove after one bad inning. In fact, he only had 93 pitches after the seventh and very possibly could have gone into the eighth, which is really efficiency, especially for a young pitcher.

The Rockies got two of the runs back in the first when Nolan Arenado homered to score himself and Blackmon. It was Nolan’s second bomb in as many games and it shows that he may be heating up with his power stroke, which comes at sort of a bad time as the All-Star break is a game away.

The Rockies bats went silent until the sixth inning when they took advantage of a couple of walks. With two on and one out, Gerardo Parra continued to show how valuable he has been to this team this year by driving a double to the left field wall to score a run and bring the Rockies within a run.

The Rockies would tie the game up in the eighth when Reynolds hit a leadoff triple and Parra again came up clutch with a productive sac fly to bring the score to 4-4. The tie would be short lived as Rockies closer Greg Holland came on, as a closer is apt to do in a tied home game, and gave up a solo shot to Tim Anderson.

With the Rockies down a run again, they needed all the help they could get to rally in the ninth. However, they had the ump against them as what should have been ball four to Charlie Blackmon turned into called strike three. Charlie was incensed and was promptly tossed from the game, with Bud Black following shortly thereafter. Carlos Gonzalez would strike out (go figure) to end the game and the Rockies lost 5-4.

There is one last game before the break and the Rockies really need to take a win, if for nothing else to just win a series. They have had a rough few weeks here in July and at the end of June, so any confidence they can build going into the second half will be beneficial.