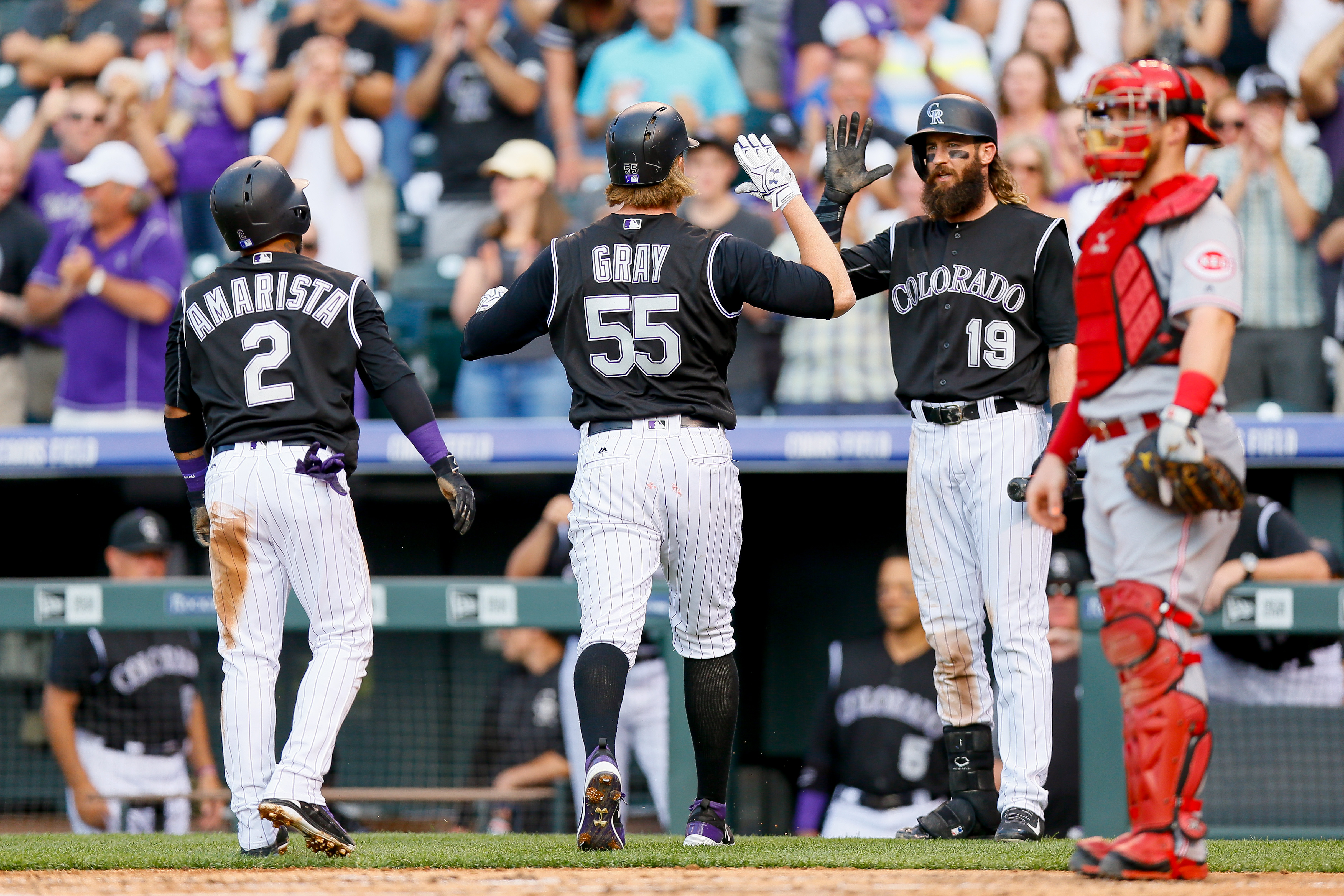 Ryan Spilborghs said it just as the Rockies recorded the final out. This was not a game they should have won. With five less hits and two errors, this is a game most teams lose and a game the Rockies have almost always lost in the past. But getting keys out and key hits is what wins games and winning games like this is what good teams do.

The Rockies did get on the board first and it came in the most unexpected way. Going 0-8 through this season’s at bats, Jon Gray came to the plate with a runner on and two outs. What came next would be the longest home run hit by a Rockie and one of the longest home runs hit this year, coming off the bat of the very unlikely pitcher. Gray belted a homer to straight away center, 467 feet, to help the Rockies and his own cause. You can’t rely on a home run by a pitcher, but when it comes, it is best to take advantage.

After a leadoff triple in the fourth, the Reds scored their first run of the game, but were limited to just that run, thanks in part to a double play. The Rockies immediately got the run back plus one when Pat Valaika hit an opposite two-run home run. It was one of three hits for Valaika and one of two hits that were clutch in the game.

Valaika’s other clutch hit came late in the game, in the eighth inning. With runners at first and second and two outs, the Rockies needed a base hit to give Holland some cushion in the ninth. Valaika laced a single to center field to score Cargo and with the hit, likely earned another start for Thursday’s afternoon game.

Holland came on in the ninth with a 5-3 lead and did what he does best, close out the game. After a strike out where the batter reached, Holland got the fastest batter in the game, Billy Hamilton, to ground into a double play. He then ran into a little trouble with a single and a walk, but a ground out ended the game and gave the Rockies their 50th win of the year.

Colorado will try and win its first series in nearly two weeks on Thursday, but they will have to rely on some unlikely candidates, namely Tyler Chatwood, to perform where they normally don’t. The offense would love to have a breakout game to give Chatwood some breathing room, but with the way they have been going there is absolutely no guarantee.