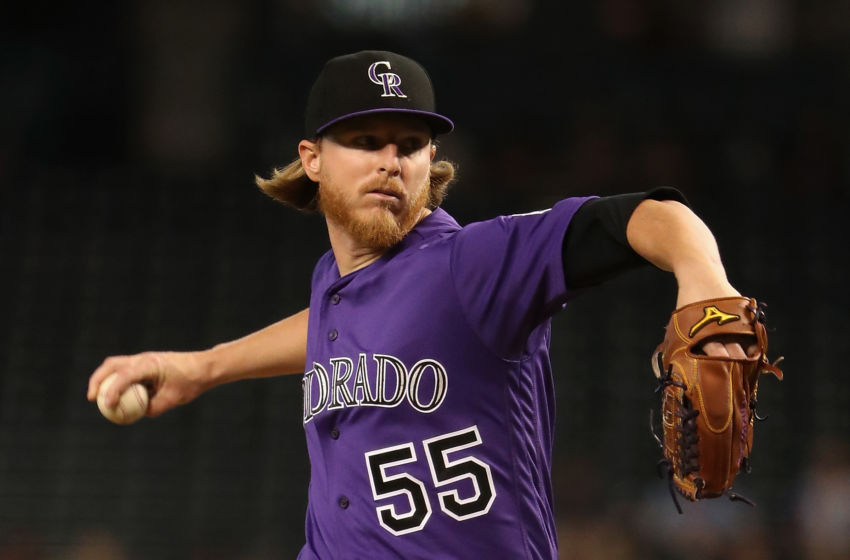 The Rockies got their ace back in a much needed series opener against the Dbacks. With an eight game losing streak hanging over their heads, two straight sweeps, and a pretty disappointing way of ending June, the Rockies needed all they could get from their ace.

Coming fresh off the DL, Jon Gray pitched just how the Rockies needed, going six innings, racking up ten Ks, and allowing only two runs. He did allow some hard hit balls, but he also had an electric slider that was getting swing and misses all night long. The Rockies couldn’t have asked for more from Gray and with his dominant start, he snapped the losing streak.

The Rockies weren’t just impressed with their pitching, they also got some help with the bats. Charlie Blackmon led the game off with a solo shot to put the Rockies ahead early. The 1-0 lead wouldn’t last as Arizona tied it in the bottom half of the inning, but the Rockies were determined to fend the Dbacks off and take the series opening win.

In the third, the Rockies played small ball, scoring the second run of the game without a hit or getting the ball out of the infield. Two leadoff walks put runners and first and second and they were advanced by Valaika’s soft ground ball. Raimel Tapia then hit a broken bat grounder that scored the second run of the Rockies, putting them back ahead. Ryan Hanigan then singled up the middle to give the Rockies a 3-1 lead, proving his immediate worth. Hanigan may not be the catcher of the future, but he is a veteran presence and he can give Tom Murphy a chance to find his swing at AAA.

The Dbacks would score two more runs in the game, both from Chris Owings solo shots, but it would not be enough as Colorado got their own solo shot from Tapia and some insurance runs in the seventh and eighth, both coming from some more small ball.

Greg Holland would come on for the ninth to close the game out and that is just what he would do. He did allow a one-out double, but the runner would not advance and the Rockies would snap their eight game skid with a 6-3 win over Arizona. The win may not have moved the Rockies up in the standings, but it does get them closer to Arizona.