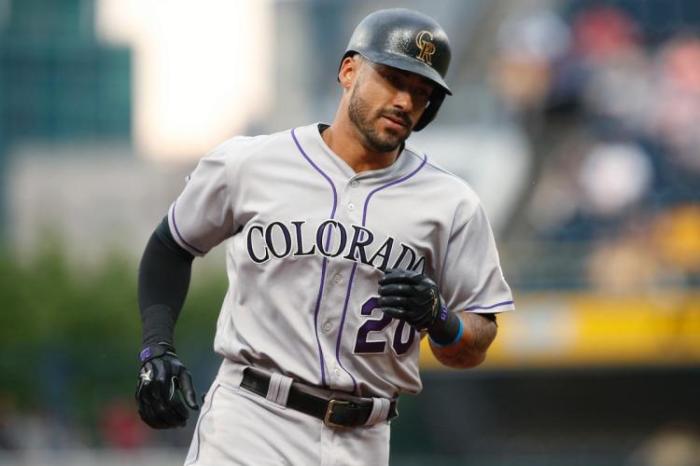 While the Rockies did play two pretty bad games in the first two of the Pirates series, they did a good job of avoiding the sweep behind some of their young guys. Raimel Tapia went 4-4 with three runs scored and German Marquez was solid through five innings, allowing only one run. The Rockies ended ahead with a score of 5-1 and stayed atop the division, tied with the Dodgers who have won six straight.

Contrary to the first two games of the series, the Rockies got the lead first. It came in the second inning when Ian Desmond smacked one down the line that just barely got out for a solo shot. It was one of only six hits for the Rockies, but it did drive a run in and give the Rockies the much needed early lead.

They would extend the lead in the fifth with the first three batters reaching via walk, single, and single. The final single came from Story and it drove in a run to double the Rockies runs. German Marquez, after getting hit by a pitch that was called foul, got a bunt down to score the second run of the inning. Marquez getting hit may have contributed to his exit, as he was only at 82 pitches after five.

Marquez faced two batters in the sixth, allowing a double and single, before being removed for Chris Rusin. Rusin came in and shut down the inning with a quick double play, but the two outs were traded for a run.

The Rockies would score two more in the game, one in the seventh and another in the ninth, to finish off the scoring. Without Tapia, the offense in this game would have been nonexistent as Tapia tallied four of the six Rockies hits. The top four batters for Colorado 0-17 with five strikeouts, leaving the bottom of the order to producing. Sometimes that is needed in a game, so the Rockies are happy to take what they can get.

Colorado now heads home to face the Giants. This a key stretch of games coming up as they will face the NL West for16 straight. They face the Dodgers for a series and the DBacks for two series in what could either launch them ahead of the teams, or send them behind and chasing, especially when it comes to the Dodgers who are playing terrific baseball lately.