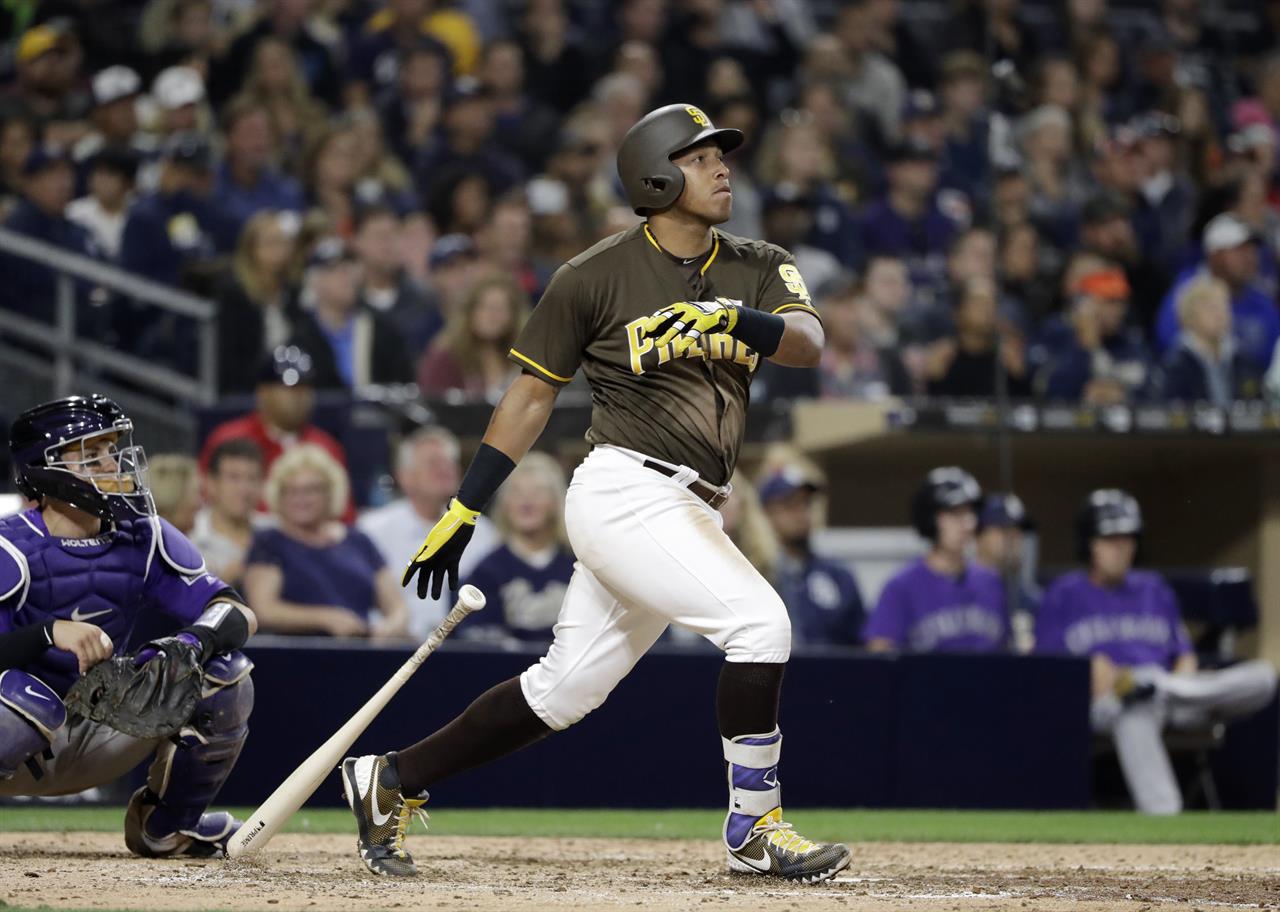 The Rockies took an early lead and even got up by a score of 4-1 on the Padres, but San Diego’s offense was in full force on Friday night and eventually powered towards an 8-5 win. German Marquez looked good early, but gave up some home runs and ended up lasting only five innings, giving up six runs.

Marquez did have good stuff, particularly his curveball, as he struck out nine. The only problem was when he missed, he missed up and the Padres punished him for it. The first home run tied the game in the fourth when Austin Hedges launched a two run homer to left. The tie breaker came in the next inning when Yangervis Solarte hit a bomb to push the Padres ahead for good.

The Rockies offense was solid, racking up 13 hits on the night, but the pitching just couldn’t sustain the early lead given. The Rockies would score three in the third, with some credit given to the Padres defense who had an error in the inning, but after that they kind of fell flat on scoring runs. They would score one more in the fourth and another in the seventh, but every time they scored the Padres retaliated to keep Colorado down.

It was a rough night for Marquez and the bullpen and the loss put the Rockies back in second behind the Dodgers. Of course, it is still early and standings watching doesn’t normally start until after the All-Star break, but Colorado has a real chance this year and every bit of ground they lose hurts. A wild card spot looks very possible, and almost a shoe in with how most of the other NL teams outside of the West are playing, but the Rockies would really love to win the division for the first time ever.

Not only does a division win keep them from playing a one and done wild card game, it gives them some bragging rights over the Dodgers, who seemingly win the division every year.

The Rockies will try and even the series up, but it might not be easy with Tyler Chatwood on the mound.  They will face Chacin, a former Rockie, and hope to light him up in what could end up being another offensive showing and previously pitcher friendly Petco Park.