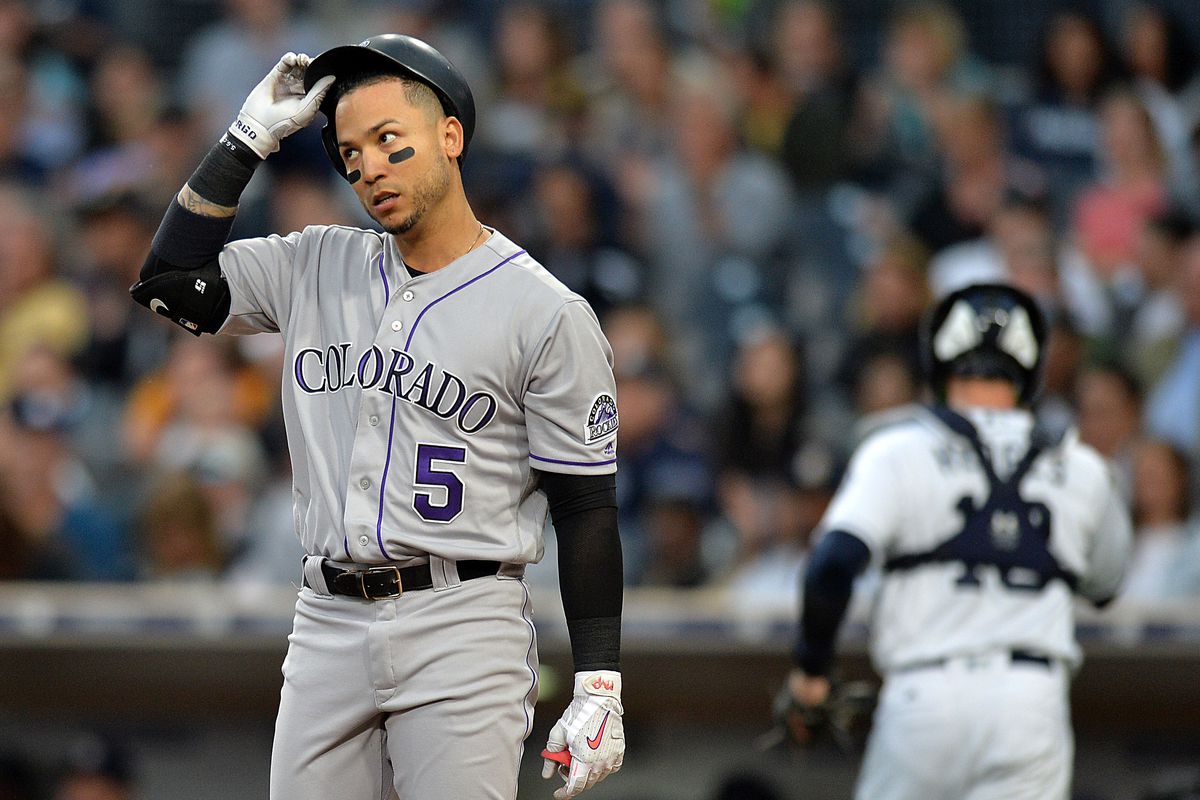 Tyler Chatwood was spectacular, that is until the sixth inning. With a 1-0 lead and a no-hit bid, the Rockies looked to be in good position, but that turned quickly behind some poor defense and missed pitches.

The first problem of the inning came right away when Chatwood walked the pitcher, Trevor Cahill. Anytime you walk a pitcher, especially when its the first batter of the inning, you are asking for trouble. The Padres would quickly tie the game when Manuel Margot lined a ball to center that Blackmon tried to slide and catch. Hindsight is always 20/20, but it was a ball Charlie was not that close on and one that ended up scooting to the wall for a triple.

Chatwood would get an out and keep Margot at third, but Blackmon misplayed a ball again that led to a Myers double and run scoring. Margot would’ve scored anyways, but the inning would really fall apart from there. Chatwood, probably shaken with some poor defense behind him, would allow Yangervis Solarte to crush a ball. Ryan Schimpf followed that up with a homer of his own and just like that the Rockies were down 5-1.

The Rockies would only score one more run in the game and it was not on a clutch hit. With the bases loaded and two out, Arenado grounded a softie up the line that nearly turned into an out at home, but the catcher’s foot came off the plate and the run scored. Cargo then ended the inning with a strikeout, his third of the night.

The strikeouts by Cargo, along with Story’s strikeouts, should lead to a lineup shakeup eventually. As for now, Alexi Amarista will make the start on Wednesday night and bat eighth. The other change, or thing to at least be aware of, is Tony Wolters heading to the DL with a concussion. Ryan Hanigan will take his place, and another move is that Mike Dunn is back and Carlos Estevez has been optioned down to AAA to make room.

The Rockies send Senzatela to the mound and they will face Jered Weaver. The Rockies would love to lower the strikeout numbers and get some offense going, but they are struggling right now to make contact and desperately need some refocusing on the offensive side.