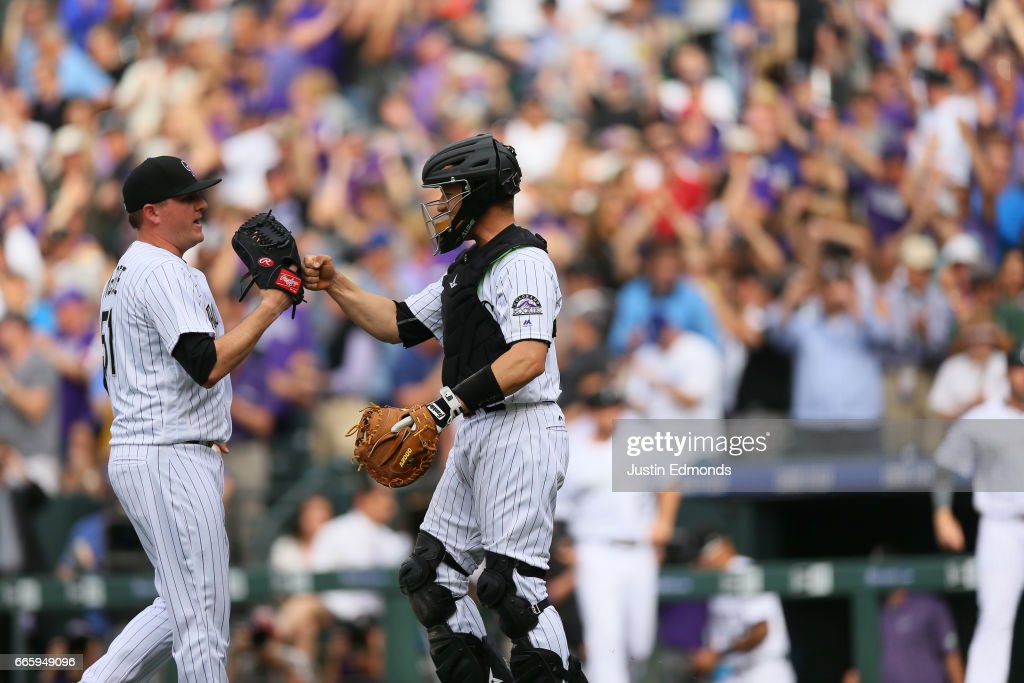 With an early run scoring double from Nolan Arenado and a timely solo shot from back up catcher Dustin Garneau, the Rockies were able to score all the runs they needed to take their home opener from the Dodgers. Colorado native Kyle Freeland pitched a terrific game to earn his first major league win and the Rockies edged out the Dodgers to earn their first home win of 2017.

It is always nice to win games at home, especially for the Rockies who were only 3 games over .500 last year at home. The Rockies normally need to dominate at home to even come close to a late playoff push and this year will be no different. If the Rockies can dominate series at home and if they can take a majority of games against the division, this team very well may compete late into the year.

This team does have a different feel to it and that has been displayed through the first five games with how the bullpen has pitched so well. Obviously it is still early, but the way the bullpen has displayed their ability to shut teams down it is hard not to get excited. Mike Dunn, Jake McGee, Adam Ottavino, and Greg Holland make up two lefties and two righties that have had early success getting players out. With four guys and the ability to match up when the situation calls for it, the Rockies have flexibility that haven’t had before.

New manager Bud Black has shown that he knows how to work a bullpen too, which was always a big criticism of Walt Weiss in the past. There will probably be a learning curve for managing a bullpen when your home is Coors Field, but Black does have the benefit of coaching against the Rockies in the past, meaning he has some experience with the intricacies of Coors and pitching.

The Rockies take on the best pitcher in the world on Saturday in Clayton Kershaw and they will need their own ace to step up if they want to take the game. A loss to the Dodgers would not be the end of the world, but it would guarantee the Rockies a series win, which is always welcome against the crew in blue.