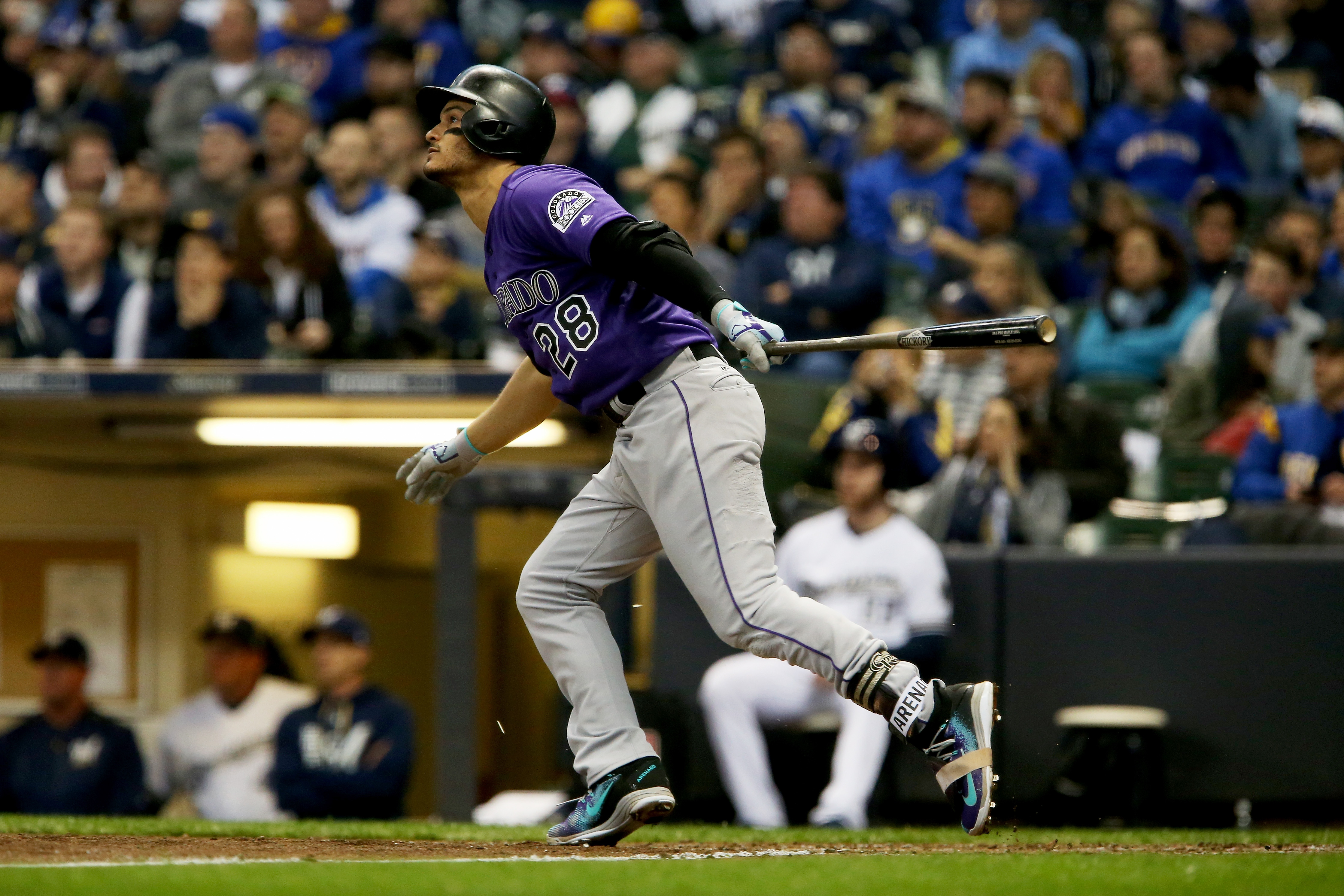 An early Reynolds homer, a scoreless debut for Senzatela, a tie breaking homer for Nolan, and a perfect ninth inning by Holland gave the Rockies a series win to open their season against the Brewers. In a series where the top of the offense was essentially non-existent and Cargo and Story struggled, the Rockies will be happy to take their opening series win because of effective bullpen pitching.

Antonio Senzatela had a pretty good first career start. Despite only going five innings and walking three, Senzatela held the Brewers scoreless and struck out six. The start showed promise, especially considered Antonio struggled with command throughout the game. With a double play in the first to avoid any early damage, Senzatela was able to settle in nicely and get through five innings on 93 pitches. Obviously it would have been nice to get through a couple more innings, but this should be considered a good way to start the season for the Rookie.

The Rockies offense struggled again with only four players getting hits, two coming from backup catcher Dustin Garneau. But the only two hits that mattered were a third inning homer from Reynolds and a ninth inning, clutch home run from Arenado. The ninth inning bomb gave the Rockies the late lead and allowed their new closer to come in and show why he was once the most dominating closer in the game only a few years ago.

With a 2-1 lead, Holland struck out the first batter with three pitches. He then got Jett Bandy to strike out and earned the final out on a pretty well hit ball to Cargo in right. Overall, it was a rather harmless ninth inning and it earned the third win and third save of the year for Holland. The signing was one that looked to be relatively risk free in the offseason, but through the first three games it is looking as if the Rockies may have a much improved bullpen. That is not only because of Holland, but also because of Dunn who pitched an inning and a third to keep the Brewers off the board.

The Rockies will head home for the Coors opener against the Dodgers on Friday afternoon and Kyle Freeland will make his first major league start. This should be a fun early series as these two teams will fight for what could be some early momentum against one another.