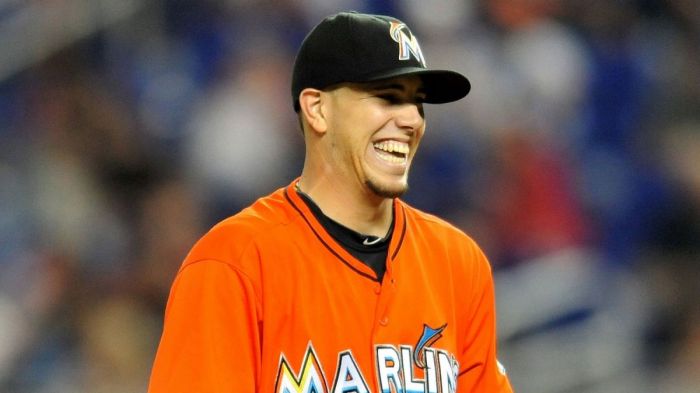 Clayton Kershaw dominated the Rockies lineup and the Dodgers scored fourteen runs to come up with a huge win and came a game closer to clinching the division. The loss also mathematically eliminated the Rockies from the playoff race, leaving them thinking of the year to come and what they can do better.

All of this, and every game that was played Saturday night, was overshadowed by news that took the baseball world by surprise. Early Sunday morning, Marlins star pitcher, Jose Fernandez, was pronounced dead in a boating accident. This is news that shocked everyone and ultimately leaves players thinking how lucky they are that they get to play the game they love everyday. This is something that will leave an organization, and entire league, mourning.

Obviously a player dying is something no one wants, but there seems to be extra salt in the wound when it is a generational talent that passes away. Jose Fernandez was only 24 years old, but he was well on his way to being one of the most dominant pitchers on his generation. He won the Rookie of the Year award in 2013 and was able to come off of a Tommy John surgery. He was leading the league in strikeouts per nine this year and was first in FIP as well.

In Fernandez’s two full years as a pitcher, he earned himself an All-Star appearance and was controlling most every team he faced. It was almost guaranteed that he would win a Cy Young award before he would retired and on his current track he would have gone down as a good shot for the Hall of Fame. With only one full year under his belt and on his way to a second one this season, it is a shame and a terrible loss for the baseball world.

The baseball season is nearing an end and with a couple of greats retiring this year, namely David Ortiz and Vin Scully, it makes the teams, players, and fans all the more thankful that they can see people connected to the game end on their own time, and not have their careers promptly ended because of an accident.