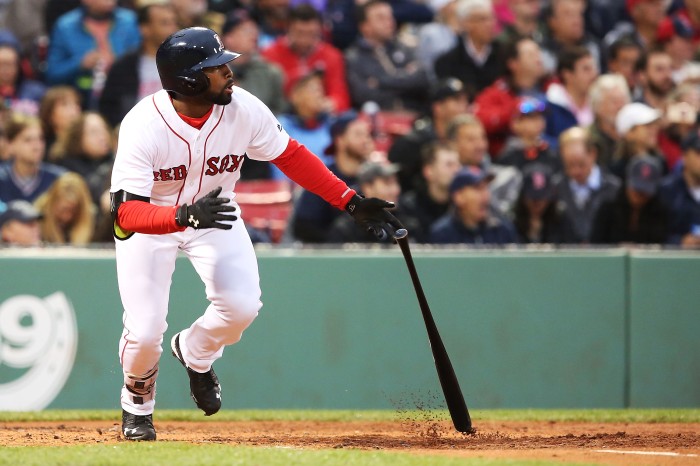 In his return back to the mound, De La Rosa did not look good and the Rockies never stood a chance. The Red Sox offense continued to crush the ball and they won 8-3 with twelve total hits.

The scoring started early for the Red Sox when two men reached and both scored on David Ortiz’s single. That would pretty much sum up the night for De La Rosa but sadly it would not be the end of the scoring, not by far.

The Rockies would counter in the next inning to earn a run of their own. When Ryan Raburn walked with two outs, Gerrardo Parra came to the plate. Parra hit a ball to left field that Chris Young was unable to make a play on an it skipped past him to the wall. The relay in to get Raburn at home was a good one and in time as well, leaving Raburn to get called out by the home plate umpire. However, after a review it was overturned as Raburn snuck his foot in before the tag was applied.

Two more runs would quickly be given up by De La Rosa in the bottom half of the inning and Jackie Bradley Jr. would extend his hit streak to 28 games. The Red Sox would take the 4-1 lead and that would be all they would need on the night to seal the win. They went on to score 3 more runs against De La Rosa who would only go 3.1 innings. He walked three and struck out only one.

De La Rosa did not look good at any point in his outing on Tuesday and David Price looked much better at home than he has most of this season. The Rockies didn’t really stand a chance and unless they can get the Sox offense in check the next two games, it is hard to see them winning this series.

Chad Bettis will take the mound on Wednesday and he will have his work cut out for him. He faces the knuckleball throwing Steven Wright, but the main story of this game seems to be whether the Rockies can out slug the Red Sox. It will be no easy task with the way the Red Sox have been going and the way the Rockies offense has not been going, but any night the Rockies could erupt.