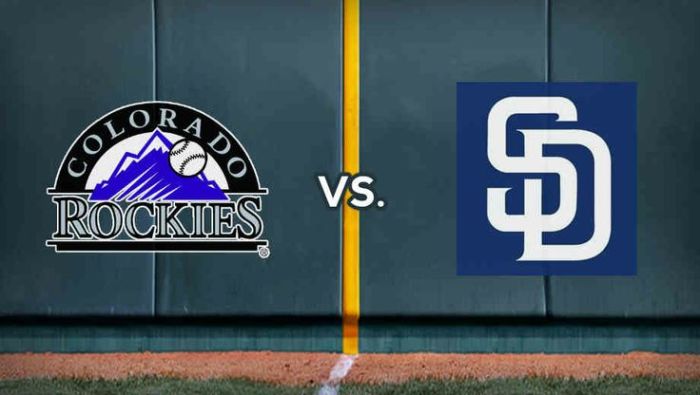 Jon Gray is still without a win in his big league career and he will be going up against a veteran pitcher who knows how to win, except this year has been a tough one so far for James Shields. The Rockies have some history against Shields and with that history comes success for certain players. Nolan Arenado has a .522 career average off of Shields with 4 home runs and 12 hits in 23 at bats. Cargo has also hit Shields well going 9-25 with three home runs. This could be a high scoring game based off of Gray’s recent success (or lack there of), but this is a start that he needs to control and get through six innings.

Eddie Butler will make his first start of 2016 against another Padres veteran, Andrew Cashner. Butler is coming off a difficult season of starting in 2015, but his first performance in 2016 as long relief was pretty good. Butler needs to get back to using his sinker and getting actual sink on it if he wants to be successful. In the past he elevated the ball too much and was hit hard with consistency. This is a good showcase for him to prove he is a competent starter, but Andrew Cashner has a pretty good history against the Rockies. There is not a player on the roster currently who has a home run against Cashner, but there are a few players who have hit over .300 against him.

Chatwood has been the Rockies most reliable starter this year and him finishing the series off is good for the Rockies. It gives them a chance, no matter how the previous games end, to go out on a high note. He will be going against Rookie starter Cesar Vargas who has had success early in the year, but anything can happen with a rookie on the mound. Overall, this is a series the Rockies can certainly take at least 2 of 3. I would love to see the Rockies sweep, but that hinges largely on how the first two starters perform. They need to step up and show that they have the potential the Rockies thought they would have when they were drafted as first rounders.